Avalon is an ASX listed mineral exploration company with high quality assets in Sweden, one of the leading metal producing countries in the European Union.

The Viscaria Project is surrounded by established infrastructure, lying immediately adjacent to LKAB's Kirunavaara Iron Ore operation and in close proximity to high-capacity rail and ports. 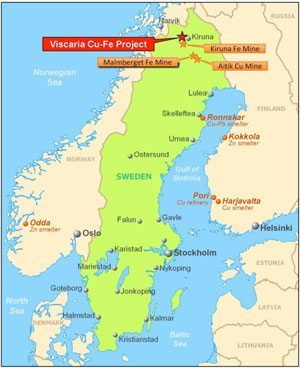 The company's flagship asset is the Viscaria Copper-Iron Project, located approximately 1,200km north of the Swedish capital Stockholm in the Kiruna region, which is regarded as a world-class Iron Ore-Copper-Gold (IOCG) province. The Viscaria Project area is located approximately 5 km west of the city of Kiruna. It is close to major infrastructure, i.e. the E10 highway and the Kiruna-Narvik and Kiruna-Luleå railways.

Historically, the Viscaria Copper-Iron Project produced 12.5Mt of ore at 2.3% copper and has excellent potential to become a producing mine again.

Kiruna is home to the world's largest underground iron ore mine called Kiirunavaara that is owned by LKAB (owned by the Swedish Government). Kiirunavaara has been in production since 1899 and has already had more than a billion tons of magnetite extracted.

Avalon also holds a 100% interest in over 584km2 of regional exploration tenements in the Kiruna district. These tenements are prospective for a range of deposit styles containing copper, gold, silver, zinc and iron ore. A prospectivity analysis of these tenements was completed and priority prospects were identified for further in depth analysis.

Avalon flew a combined helicopter Electro-Magnetic survey (Heli-EM) and Magnetics (MAG) survey covering the priority prospects identified during the prospectivity analysis. The results from the Heli-EM show several significant zones of conductivity exist in areas that were previously identified as priority prospects.

Drilling by Avalon of this target intersected: 2.9m @ 0.7% Cu and 0.5g/t Au, within a larger mineralisation zone of 11.5m @ 0.4% Cu and 0.2g/t Au. This intersection was located 200 metres along strike to the south of the anomalous historic drilling results listed above, indicating that the prospect has good exploration potential along strike. Further exploration for this prospect has been planned.

Another very highly ranked regional prospect is Tjävelk. This prospect is interpreted to be situated in a granitic intrusion alteration margin geological setting and some excellent historic rock chip results of up to 12% Zn and 2% Cu indicate this area is prospective for Skarn Cu-Zn or VMS Cu-Zn-Ag-Au deposits (Figure 3). Also, some interesting historic drilling results indicate the area could be prospective for IOCG-type mineralisation as well. These include: DH 69102: 34m @ 39.4% Fe, 0.2% Cu from 50m; and DH 69103: 39m @ 38.4% Fe, and 0.12% Cu.

The results from the Heli-EM survey show a significant zone of conductivity that strikes east-west over 2000 metres in the Tjävelk area. The 3D modelling of the EM and MAG data indicates that the shallow historic drilling listed above did not intersect the dominant EM conductor. Therefore, it appears that the EM conductor has not yet been drill tested.

A ground EM survey was completed by Avalon and a drill ready target has been generated.

Several other regional exploration prospects have been identified from historic exploration results and regional geophysical datasets. Avalon is currently progressing plans to advance some of these prospects. 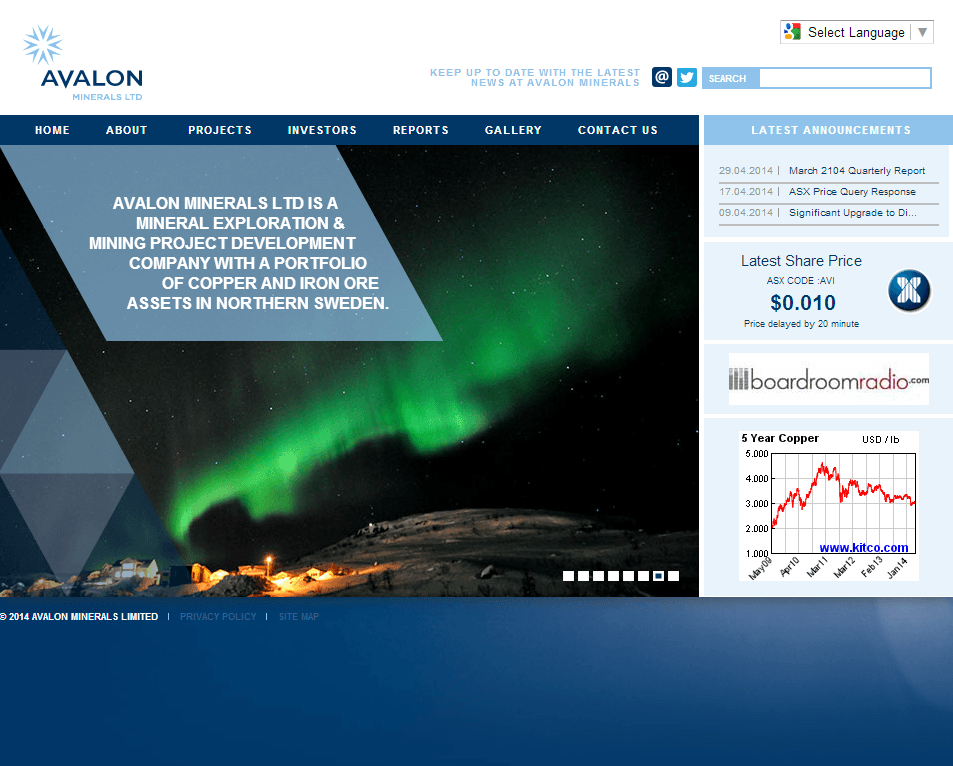 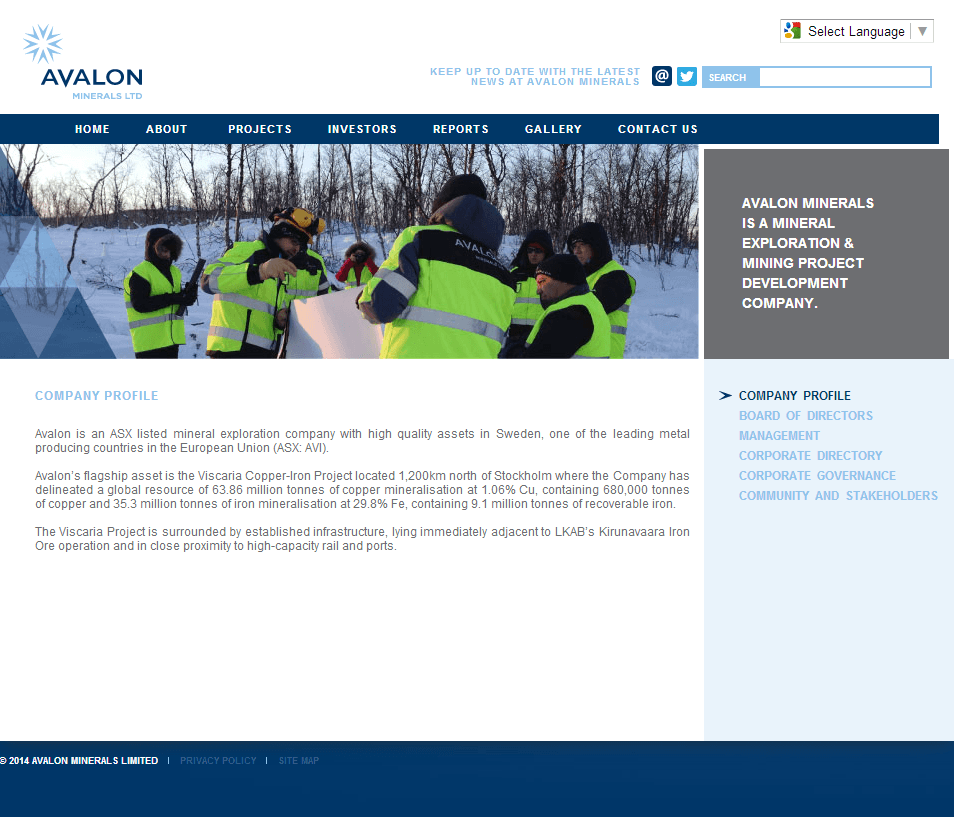 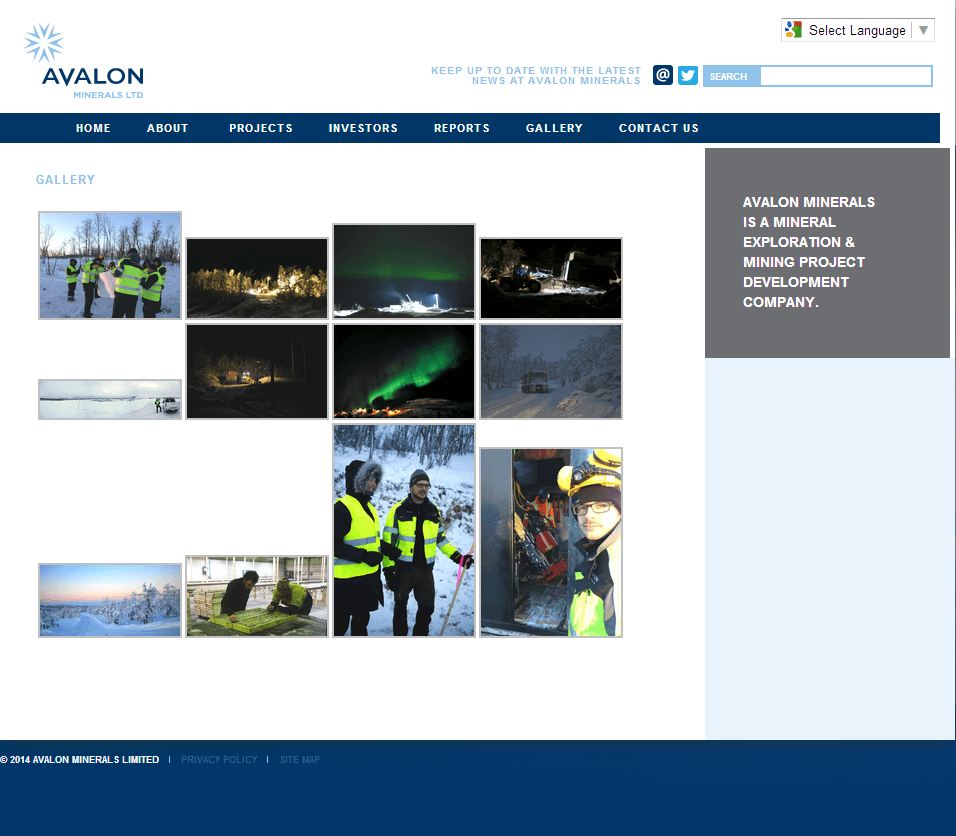 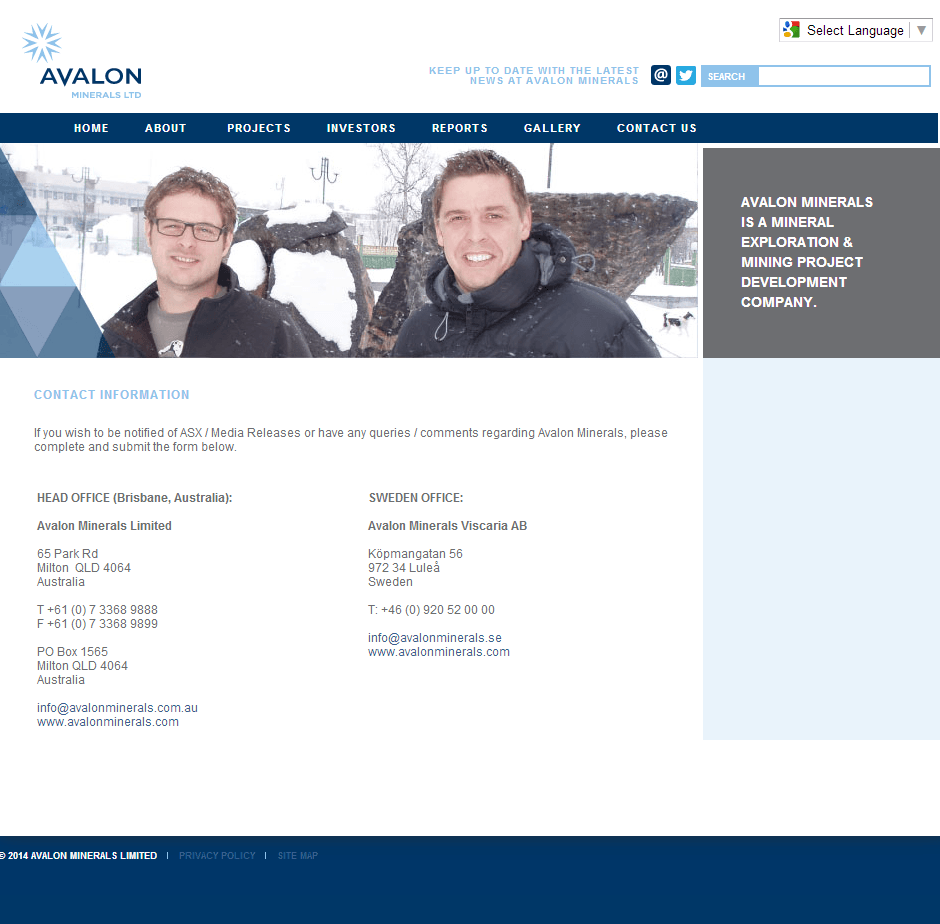