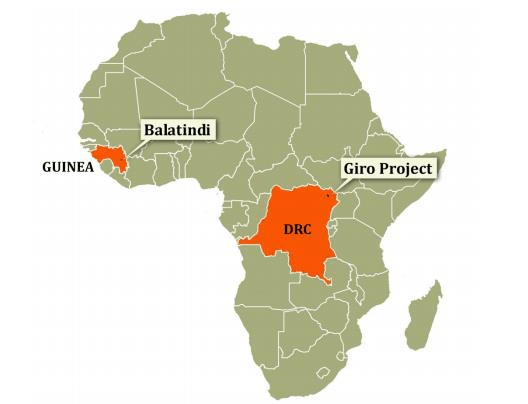 Burey Gold Limited (ASX: BYR) is an ASX-listed explorer with its key asset, the Giro Gold Project, located within the significant under-explored Kilo-Moto greenstone belt in the north-east Democratic Republic of Congo (DRC) in Central Africa.

The Moto greenstone belt hosts Randgold and AngloGold Ashanti’s 17Moz Kibali Project, 30km east of Giro. Kibali produced 642,720 ounces of gold in 2015 and is targeting production of 610,000 ounces for 2016, confirming a favourable mining environment in the region. Randgold recently entered into a JV agreement on the Moku tenements between Giro and Kibali as it aims to acquire all prospective ground in the area.

Burey has defined a >200ppb gold-in-soil anomaly over 2,000m x 900m at the Kebigada anomaly, its most advanced prospect. Best results from drilling include:

Gold mineralisation related to the Kebigada Shear Zone has been defined over 1,500m strike length. Burey’s drilling results show that gold mineralisation is open in all directions from surface down to depths exceeding 250m vertical metres.

Detailed sampling and mapping across the project is underway, with further drilling to follow up these results expected to commence in coming months.

The tenements are less than 30km west of Randgold Resources / AngloGold Ashanti’s multi-million ounce Kibali Gold deposits as shown in Figure 1. Kibali produced 642,720 ounces of gold in 2015 and is targeting production of 610,000 ounces for 2016, confirming a favourable mining environment in the region. 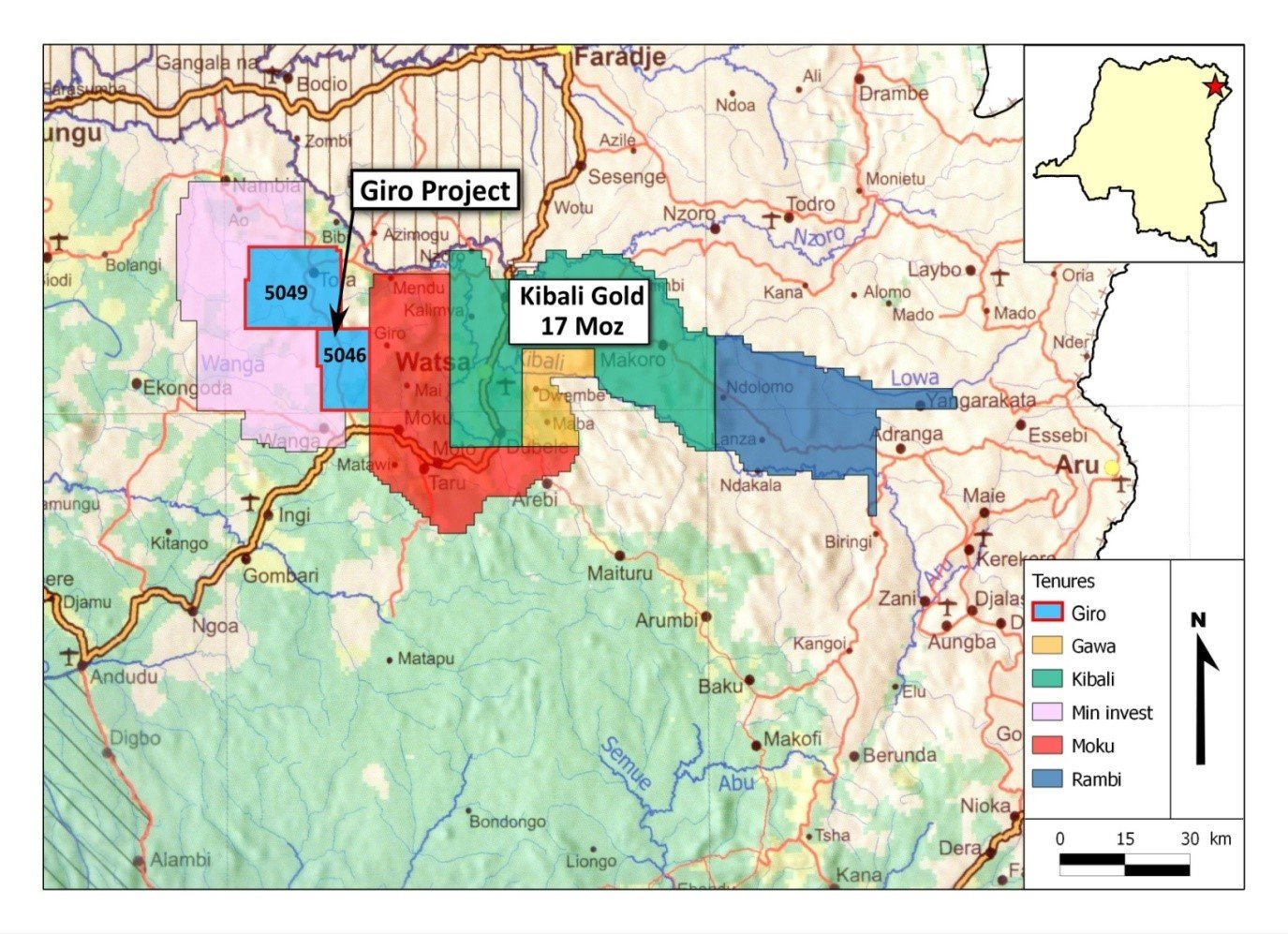 Both the Kibali and Giro projects occur within the Kilo-Moto Belt, one of the world’s principal greenstone belts which also host AngloGold Ashanti’s deposits to the east and Loncore and Kilogold deposits to the south. Approximately 50Moz of gold has been discovered in the Tanzanian portion of the belt since 1994.

The Giro Project area is underlain by highly prospective volcano-sedimentary lithologies in a similar structural and lithological setting as the Kibali gold deposits. Both primary and alluvial gold was mined from two main areas, the Giro and Tora areas, during Belgian rule and today these areas are mined extensively by artisanal miners.

The Giro Project area had not been explored for more than 50 years (since the Belgian colonial era) with no modern exploration up to December 2013 when Panex conducted a 57-hole 2,888m reverse circulation (RC) drilling programme at the Giro Prospect. Drilling confirmed mineralisation occurs within two separate structures, the Kebigada Shear Zone and the Giro Vein.

To date Burey’s exploration focus has been on drilling, geochemical sampling and geophysics on priority target areas on both tenements. Diamond drilling programmes were completed at Kebigada (1,221m), Giro vein (310m), Peteku (100m), Adoku (579m) and Mangote (633m) and all results have been reported. Soil sampling defined a >200ppb gold-in-soil anomaly over 2,000m x 900m at the Kebigada anomaly, Burey’s most advanced prospect, where best results from Burey’s RC and diamond drilling programme include:

Gold mineralisation related to the Kebigada Shear Zone has been defined over 1,500m strike length and is interpreted to have two distinct orientations, namely a strong NNW orientation as observed in the IP gradient array survey and a W-E to WSW-EWE orientation interpreted from measurements of pyrite and chalcopyrite laminae in the drill core and associated gold grade. Most holes were drilled towards the NE as shown in Figure 2, oblique to the high grade W-E orientation. 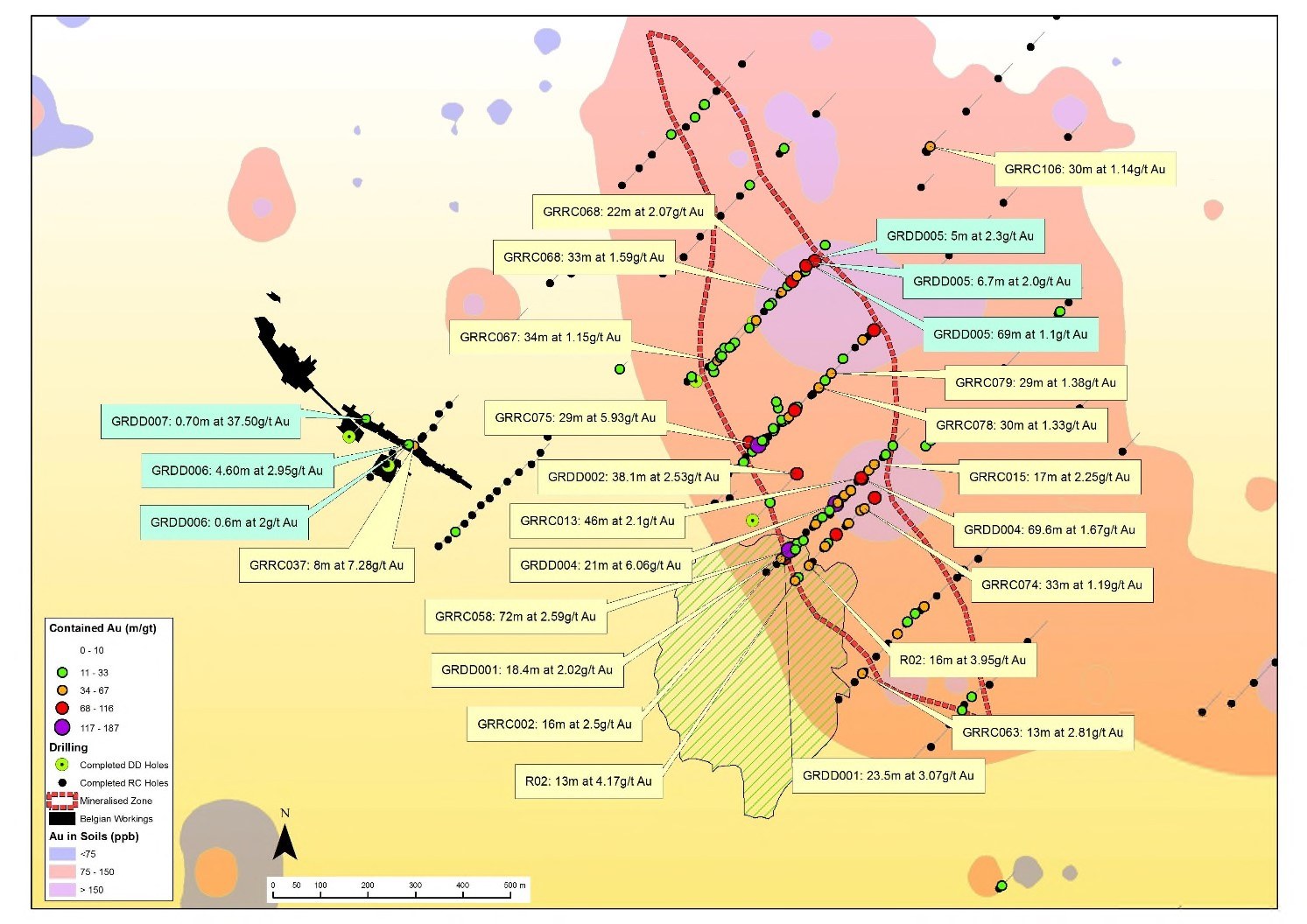 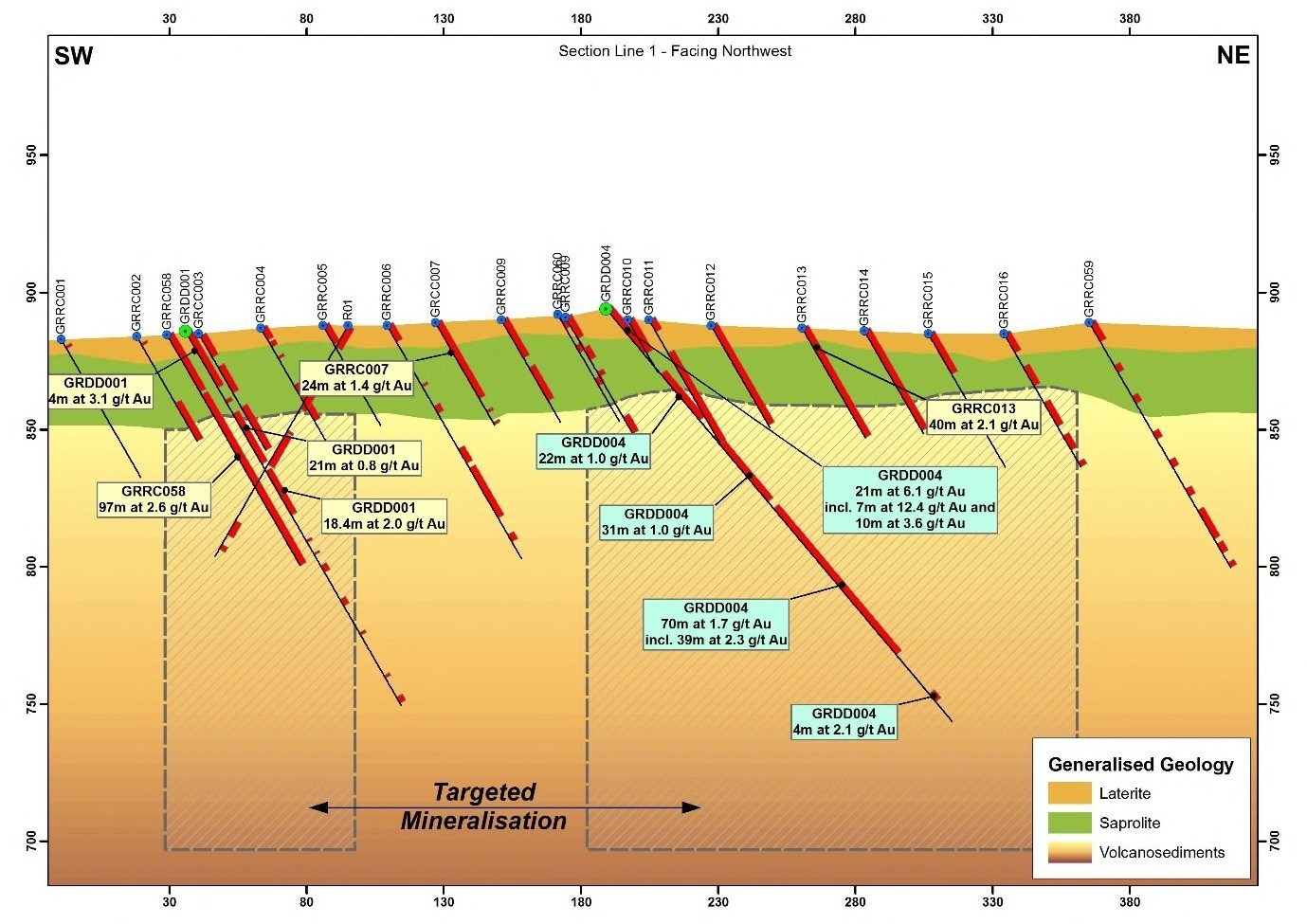 The Company has also reported highly significant mineralisation from first pass drilling at its Douze Match target area at Giro (Figure 4). The shallow RC drilling programme was designed to test approximately 1km of the soil anomaly which extends over 4km x 2.5km at Douze Match.

Further drilling will continue to define the extent of the mineralisation and also target greater depths down to 100m. 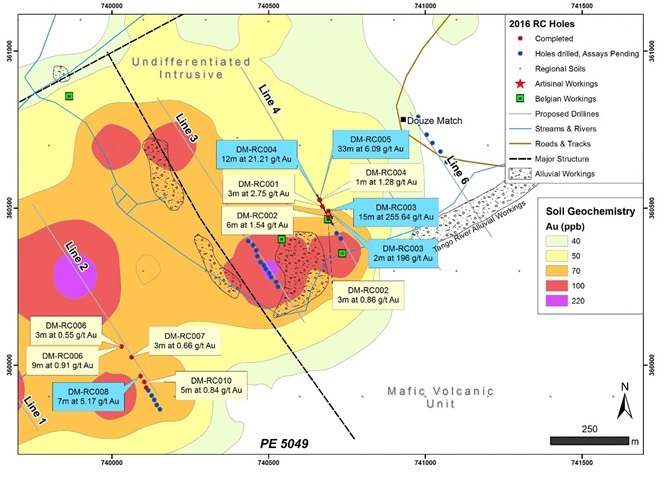 Burey plans to complete further sampling and mapping across Giro and will commence further drilling to follow up results at Douze Match, Adoku and Mangote in mid-2016. 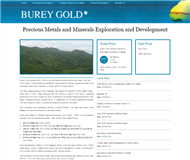 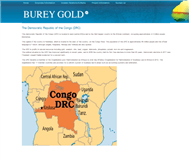 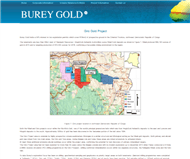 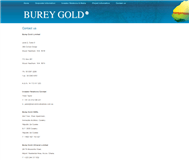 The General Overview, Services, Products and Projects information for this profile was last edited on 19 Aug 2016.