Chinalco Yunnan Copper Resources Ltd ("CYU" or "Company") is a resource exploration and development company with project interests in the Mt Isa region of north Queensland, Chile and northern Laos.

CYU's largest shareholder is China Yunnan Copper (Australia) Investment and Development Co Ltd ("CYC"), owning 64.7% of the total issued shares in CYU. CYC is a wholly-owned subsidiary of Kunming-based Yunnan Copper Industry (Group) Co Ltd, which is the third largest producer of smelted copper product in China. In turn, Yunnan Copper Group is a subsidiary of Aluminium Corporation of China (Chinalco) which is the largest producer of aluminium product in China and the second largest world-wide. 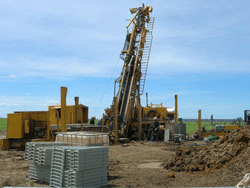 On 17 September 2013, CYU entered into a binding term sheet to create a joint venture with Altona Mining Limited (Altona) to explore for copper and gold and ultimately earn a majority interest in the Roseby South Project, near Mt Isa in Queensland.

Roseby South comprises a package of eight Exploration Permits covering an area of 704km2 situated near Cloncurry in the world-class Mt Isa Inlier in north-west Queensland. Set out in the figure below is a diagram showing the location of the Roseby South tenures, as they relate to CYU's other prospects in the region.

The terms of the earn-in joint venture between CYU and Altona are:

Once CYU earns its 60% interest, (and subject to CYU making an election to sole fund a feasibility study to go to 70%), an unincorporated joint venture will be formed between CYU and Altona with each party then obliged to contribute to ongoing project development or dilute according to an agreed formula and work program.

Roseby South is situated near Cloncurry in the world-class Mt Isa Inlier, a significant gold and base metal producing region, host to major copper/gold and lead/silver/zinc deposits. The district has established mining, processing and transportation infrastructure in close proximity to the regional centres of Mt Isa and Cloncurry. 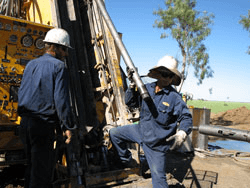 On 17 September 2013, CYU entered into a further binding term sheet to create a joint venture with Elementos Limited (ELT) to explore for copper, cobalt and gold and ultimately earn a majority interest in the Millennium Project.

The terms of the earn-in joint venture between CYU and ELT are:

Once CYU earns its 70% interest, each party can either contribute or dilute according to an agreed formula and work program. If either party achieves a 90% interest in the project, the 10% interest immediately converts to a 1% net smelter royalty.

The Millennium Mining Leases host a number of historical copper mine workings and prospects that were operated around the start of the 20th century. The Federal mine exploited copper in bornite and chalcopyrite down to 135 metres, producing some 10,000 tonnes of ore at exceptionally high grade (25% copper – non-JORC).

Since late in 2013, CYU has conducted two exploration drilling programs at Millennium – in November 2013 and May 2014. the results from that drilling are summarised as follows:

The Millennium prospect is a large and potentially highly prospective system. Due to the focus on Jubilee and Native Companion for the rest of 2014, CYU's exploration team will take some further time to assess the geological features at Millennium in more detail before establishing the targets for a deeper drilling program in early 2015. As part of the Pilgrim Fault geochemical survey that CYU has been conducting throughout the year, a strong copper/gold anomalous zone was identified at the northern end of the original Millennium drilling locations. It is highly likely that some RC holes will be drilled in this northern region as part of future drilling at Millennium. 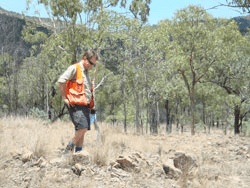 The Jubilee prospect is approximately 900m to the west of CYU's Blue Caesar Prospect and 5.5km south of the historic Mary Kathleen uranium mine. Jubilee was the subject of mining in the 1920s and 1970s. The Jubilee prospect is part of the Mt Frosty Joint Venture and consists of a north-trending linear zone of historic workings, presumably shear-controlled, that is mapped by a 1km long copper-in-soil anomaly.

After the successful drilling at Jubilee in May this year, a program of 9 additional reverse circulation (RC) drill holes was carried out during the September Quarter to extend the zone definition over the 500 metre strike length of the historic workings and to test at 50m and 100m down dip. The drilling was also designed to define the near-surface extent of mineralisation and to identify possible plunge directions of high grade shoots that can be targeted in later drilling programs.

It is clear from these results that there exists a high grade copper/gold mineralised zone at Jubilee that is still not closed either at depth or along the line of strike. CYU's exploration team is already preparing details of a follow-up drilling program at Jubilee slated to commence early November 2014. Further drilling will include a focus around drill holes such as Q-029 (10m @ 3.37% Cu and 2.28g/t Au).

The Phase 2 drilling at Jubilee in August 2014 included a proposal to drill three (3) holes at the nearby Blue Caesar prospect. These holes were designed to test the mineralisation 100m down dip of the May 2014 drilling and 100m down dip of the 2013 drilling. Unfortunately the results at Blue Caesar were disappointing, and are summarised as follows:

Based on the above results, there is very little additional data to be obtained in relation to the Blue Caesar prospect and CYU's exploration team do not propose to undertake further drilling at this prospect.

On 25 August 2009, CYU entered into a Farm-in and Joint Venture Agreement with Goldsearch Limited (GSE) to explore their Mary Kathleen Project (later renamed Mary Kathleen Joint Venture Project) comprising the three granted EPMs 14019, 14022 and 15257 covering an area considered prospective for copper, gold, uranium and rare earth elements (REE) mineralisation within the Mount Isa Inlier of northwest Queensland. On 9 June 2011 CYU advised GSE that it had met all its expenditure commitments of A$1.5M to earn a 70% equity. A 70:30 joint venture between CYU and GSE was then incorporated to continue exploration.

By the end of September 2012, the Company had established an updated Inferred JORC resource of 27.7 million tonnes with a contained metal content of 147,000 tonnes of copper and 75,000 ounces of gold at the Elaine prospect.

Late in 2012 YEX received the analytical results from the YEX drilling which targeted a number of anomalies defined by the deep-penetrating EH4 geophysical survey undertaken in late 2011, on the FC4 prospect, approximately six kilometres north of Ernest Henry. Two deep diamond core holes, ZK01 and ZK02, were each drilled beyond 750 metres and totalled 1519.1 metres. The best result from these holes was in ZK01 which returned 104m @ 0.1% copper from 474 metres.

In May 2013, YEX issued a notice to CYU formally withdrawing from this Farm-in Agreement and electing to retain the 10% interest in the Cloncurry North Project which it had earned up to the time of withdrawal.

In June 2013, CYU farmed out the Mt Isa East projects to YEX and under the terms of that Farm-in Agreement YEX could earn up to a 45% interest in the those tenures.

YEX mobilised its field crew to site during July 2013 to commence field activities following geophysical anomalies generated last season and on additional regional targets in the project. YEX conducted a series of activities at both the Mt Colin and Little Isa projects. Further EH4 geophysics lines were run across both project areas, but only shallow and weak anomalous zones were detected. YEX also drilled one diamond hole at Mt Colin (MCZK01), which failed to identify any significant mineralisation.

YEX has undertaken some soil geochemistry and ground magnetic survey work on the Little Isa project. On 23 September 2013, YEX notified CYU that it had completed exploration activities to the value of $300,000, thereby triggering its entitlement to acquire a 20% interest in the Mt Isa East Project. 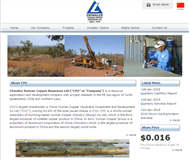 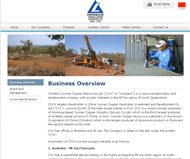 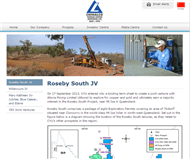 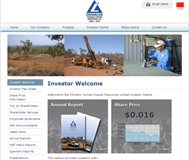