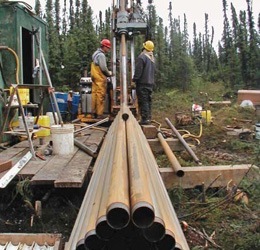 Coventry Resources Inc. is an ASX-listed mineral exploration and development company (ASX:CYY) with a strong management team, experienced in all aspects of project acquisition, exploration, development, production and financing.

The Company holds the right to acquire an 80% interest in the high-grade Caribou Dome Copper Project in Alaska, located approximately 250km NE of Anchorage.

The Company also holds a 100% interest in the Uncle Sam Gold Project in the Tintina Gold Belt, Alaska, which is located 75 kilometres southeast of Fairbanks, Alaska.

The Company’s objective is to implement successful exploration and development programs to bring its core project(s) into production as soon as practicable. 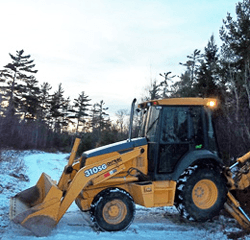 Coventry Resources are committed to protecting the environment when they are exploring for mineral resources or, in the future in the development and operation of mines.

They believe that anything short of best environmental management is unacceptable and that environmental excellence is a strategic business objective. Overall, they aim to meet or surpass regulatory requirements in the jurisdictions they operate in.

Coventry Resources believe in conserving energy and water resources, recycling materials, the safe disposal of non-recyclable waste and the training of employees and contractors in best environmental practices.

Environmental Excellence is being developed as an active culture within the Company. They believe there is no other way to operate. 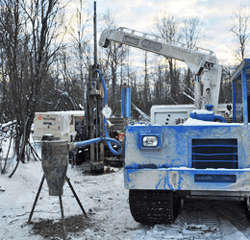 The safety of their employees and their contractors is their greatest priority in conducting the work which they do.

It is unacceptable that a job is unsafe to do and this is a fundamental philosophy of the company. Coventry believe this is in the best interests of their employees, their shareholders, the communities in which they operate and the company.

Coventry believe that the only acceptable health and safety goal is to totally eliminate injury and job-related illness.

The company are committed to the identification, elimination or control of workplace hazards for the protection of themselves and others, and to the workplace being drug and alcohol free.

Coventry believe that everyone should finish work safe and healthy - everyday, and that their employees and contractors are able to have the courage to stop operations when something is not safe. 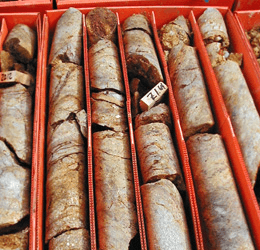 The Caribou Dome Copper Project comprises 169 mineral claims covering 21,280 acres (~86km2). The Project is located approximately 250km northeast of Anchorage in the Clearwater Mountains of Alaska, USA. The Project is readily accessible by road. The Denali Highway passes within 20 kilometres of the Project and from there a purpose built road provides direct access to the underground workings at the Project.

The Anchorage-Fairbanks railway line is located approximately 100 kilometres west of the Project. In the event copper concentrate (or metal) is produced at the Project, it could be readily transported by road to the railway at Cantwell for shipment from the ports of Anchorage, Seaward or Port Mackenzie.

Copper mineralisation was first discovered at the Caribou Dome Copper Project in 1963. The vast majority of exploration was undertaken at the Project between 1964 and 1970. Nine lenses of outcropping mineralisation were delineated over approximately 750 metres of strike. Despite this virtually all work was focused on three of these lenses (Lenses 4, 5 and 6), with a view to developing a small high-grade underground mine. Approximately 1,000 metres of underground workings were installed on two levels (an adit and a decline). 6,024 metres of diamond drilling (43 diamond core holes drilled from surface and 48 diamond core holes drilled from underground) was completed together with 3,282 metres of underground percussion drilling.

Exceptional results were returned from drilling, including:

The only significant work undertaken at the Project since 1970 comprised:

Copper mineralisation at the Caribou Dome Project is predominantly stratiform. Historically nine outcropping lenses of high-grade pyrite-chalcopyrite mineralisation were delineated over approximately 750 metres of strike. These are predominantly located in argillites at an interface with a sequence of volcanic rocks. Interbedded limestones appear to have had an important control on the location of mineralisation.

During 2008 a 225kg bulk sample was collected from the Project for metallurgical testwork and sent to G&T Metallurgical Services in Kamloops, Canada. The grade of this sample averaged 6.7% copper. Using flotation and GalvanoxTM leaching, recoveries of 91.7% of the copper were achieved. These results were deemed “encouraging for the project”. Further testwork was recommended.

The Caribou Dome Deposit gives rise to a strong stream sediment anomaly of 2,950ppm (0.29%) copper. Despite this, and the presence of outcrops of sediment-hosted copper mineralisation over >15km of strike within the Project area, stream-sediment sampling has not been systematically undertaken across the Project area.

Systematic soil sampling has only been undertaken along approximately 3.5km of the prospective stratigraphic contact. Much of this data was collected on lines spaced approximately 500 metres apart, while a 1,000m x 400m area was sampled on lines spaced ~125 metres apart. Extensive copper anomalism is evident throughout the sampled area, with assays to 1.65% copper returned from samples taken adjacent to Lense 6.

The stratigraphic horizon that hosts the sediment hosted copper mineralisation extends at least 15km within the Project area. Alaskan government mineral occurrence databases include a historic occurrence (MH035) of outcropping sediment-hosted copper mineralisation near the north eastern boundary of the Project area, where assay results up to 0.62% copper have been reported. This confirms that there is potential to discover additional mineralisation across the entire Project.

Previously stream sediment sampling proved pivotal in the discovery of the deposits at Caribou Dome. Surprisingly however, there are no records of stream sampling being used systematically across the entire Project area.

Accordingly a suitable stream sampling program will be undertaken to rapidly assess the potential of delineating additional targets elsewhere on the Project along the 15 kilometres of the prospective stratigraphic horizon.

The sediment-hosted copper mineralisation at the Caribou Dome Project is similar to other sediment hosted deposits around the World. Within Alaska the renowned Kennecott Copper Deposit, where approximately 4.63 million tons of ore were mined at a grade of 13% copper between 1911 and 1938, has multiple similarities, with mineralisation being of the same style, age and hosted by identical lithologies.

The White Pine Mine in Michigan is another similar deposit. Here, 198 million tons of ore were mined at a grade of 1.14% copper.

Other analogies include the Mt Isa Copper Deposit in Australia, and the deposits of the Zambian Copper Belt in Africa.

These examples demonstrate the potential for deposits of this type to be large and/or of high grade.

Given the grade and thickness of mineralisation delineated to date and the abundance of additional untested and/or poorly tested targets within the Project area, the Company believes there is extremely good potential to delineate a substantial economically viable high-grade copper resource at the Project. Initially the Company will target the delineation of 5-10 million tonnes of mineralisation at 2.5-4.0% copper.

Notwithstanding this initial target, the Company believes there is potential to discover a very large copper deposit within the Project area.

Based on the information disclosed, the Company considers there to be a reasonable basis for the stated exploration target. Further drilling programs will be required to delineate this target, including additional drilling to confirm historic drilling results as well as further exploration at some of the targets already delineated at the Project.

It is noted that the potential quantity and grade of these targets are conceptual in nature and there has been insufficient exploration completed to define a mineral resource (in accordance with Canadian National Instrument 43-101 or the 2012 JORC Code) and it is uncertain if further exploration will result in the target being delineated as a mineral resource.

The Uncle Sam gold project is an intrusion related gold target hosted in a similar age of intrusive rocks which host the Pogo Gold Mine in east central Alaska approximately 60 kilometres to the east of the Uncle Sam project.

Located 75 km southeast of Fairbanks, Alaska. Within the Tintina Gold Belt between the Fort Knox and Pogo gold mines. 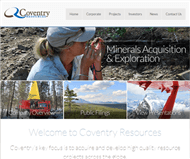 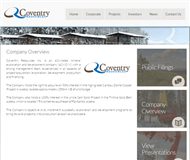 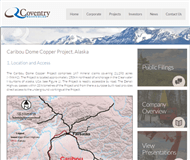 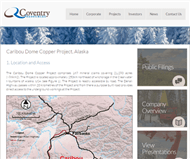 The General Overview, Services, Products and Projects information for this profile was last edited on 02 Aug 2016.