Lawson Gold Limited is a gold exploration company listed on the ASX that is focused on the discovery of economic gold deposits, particularly at its Lawson Gold Project. The Lawson Gold Project is situated in one of the best known goldfields in the world, with several significant gold deposits and mines located nearby, including the Paddington Gold Mine and Barrick Gold Corporation’s Kanowna Belle gold mine.

Lawson Gold was established in early 2010 by its parent, FerrAus, via a spin out of the Lawson Gold Project. While Lawson Gold is wholly committed to advancing the Project, it is the Company’s intention to take advantage of new investment opportunities if and when they arise.

Lawson Gold has a quality gold project, which, in conjunction to an experienced and motivated team, leaves the Company well placed to add significant shareholder value. 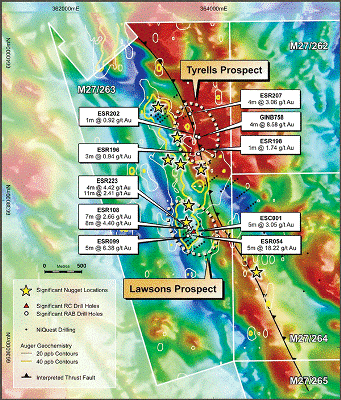 The Project is situated approximately 20km to the north of the Kanowna Belle Gold Mine, which forms part of Barrick Gold Corporation's Kanowna operation and had resources attributable to Barrick Gold Corporation of over 2 million ounces of gold as at 31 December 2009. Other significant gold deposits and gold mining operations located near the Project include Paddington, Broad Arrow and Mulgarrie. The Project also abutts the northern boundary of the high grade Silver Swan nickel mine.

Lessons gained from the exploration and discovery history of the Kanowna Belle gold deposit will be readily applied and useful in directing cost-effective exploration at the Project area. The discovery hole for Kanowna Belle was the result of a follow up RC drilling campaign that was supported by a 24 hole RAB drilling program (best 8m @ 4.5g/t Au) designed to test the peak soil anomaly identified as part of a close spaced soil sampling. Due to constrained lateral distribution of gold in soil, pathfinder elements were useful in directing and prioritising exploration including As, Cu, Zn, Bi, and Sb.

Recent work on the Project has involved open file information and historic exploration data being assembled into a structured database along with several site visits conducted by experienced geologists to identify and visually assess gold targets on the ground and inspect some of the available core from recent nickel exploration.

Following this work, the following have been identified as key areas for follow-up: 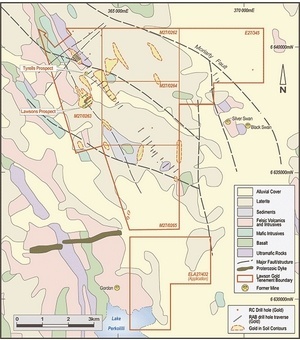 At this early stage, the Directors consider that the gold exploration potential of the Project is best measured by the strength of the soil gold anomalies and the relative merits of RAB and RC drill results from previous exploration.

It is the Directors view that the Project area warrants focused, systematic gold exploration and the existing targets warrant immediate follow-up exploration and drill testing by RAB, Aircore and/or RC methods, particularly at the Lawsons and Tyrells prospects. A systematic approach to follow-up exploration of the soil gold anomalies is intended to ensure that numerous targets will be generated for RC and/or diamond drilling. 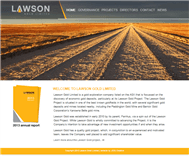 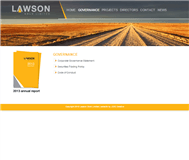 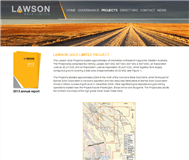 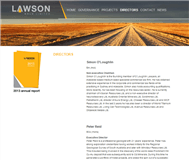 The General Overview, Services, Products and Projects information for this profile was last edited on 11 Jun 2015.