Orpheus Energy was an emerging Indonesian coal company with a portfolio of production, pre-development and exploration assets in Indonesia. With an initial focus on South Kalimantan, Orpheus’ objective was to become a vertically integrated coal producer with diversified revenue streams through multi-project production, infrastructure and a trading division.

The original JV Agreements Orpheus Energy entered into with Suksmanto and PT Mega Coal since 2011 for each project, specifically provided for the potential repayment of funds expended by Orpheus in acquiring and developing those projects introduced by Suksmanto and PT Mega Coal. At the time, Orpheus Directors deemed it prudent to negotiate such provisions to protect shareholders’ interests should the projects not turn out to be of sufficient quality to proceed in a profitable manner. As it transpired, none of the aforementioned projects had performed in a manner that gave Orpheus Directors confidence to proceed further, and accordingly, Suksmanto and PT Mega Coal honoured the original JV agreements and agreed to the sale back of these assets.

Completion of the transaction will deliver a number of key benefits to OEG Shareholders including a significant cash return to Orpheus and it will allow the Company to consider alternative asset acquisition that the Directors’ believe will add value to shareholders.

On 30 March 2015, Orpheus announced, that after exhaustive negotiations with Suksmanto since the announced and shareholder approved sale of Orpheus’s Indonesian assets in August 2014, and despite innumerable promises, none of the outstanding funds had yet been paid by Suksmanto to Orpheus and its group.

Consequently, the Orpheus board decided the Company had no choice but to initiate bankruptcy proceedings against Suksmanto to recover all outstanding funds. Orpheus instructed its lawyers, Hadiputranto, Hadinoto & Partners, a member firm of Baker & McKenzie International, to lodge the bankruptcy petition in the Jakarta Commercial Court at the Central Jakarta District Court, on Thursday 26 March 2015.

The Commercial Court has heard a number of submissions and the process is ongoing. Orpheus and Suksmanto are in detailed discussions to draw the process to a satisfactory resolution and should this outcome be achieved, the Company can withdraw the legal action. Orpheus will keep shareholders updated on the legal process.

On 10 June 2015, the securities of Orpheus were suspended from trading by the ASX, under Listing Rule 17.3. The suspension will continue until such time as Orpheus is able to demonstrate compliance with Chapter 12 of the Listing Rules.

Compliance with Chapter 12 of the Listing Rules will require Orpheus to demonstrate to the ASX's satisfaction that the level of Orpheus's operations are sufficient to warrant the continued quotation of Orpheus's securities and its continued listing as required by Listing Rule 12.1.

The directors of Orpheus confirm that Orpheus is in the process of completing due diligence on a company in the technology sector. The Directors believe there are good prospects of entering into an agreement to acquire this entity and anticipate issuing an ASX Announcement in the near term of its compliance with Chapter 12 of the Listing Rules. Orpheus will keep shareholders updated of progress. 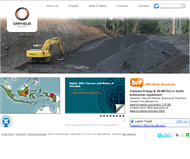 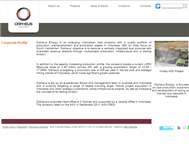 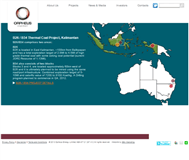 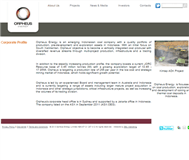 The General Overview, Services, Products and Projects information for this profile was last edited on 27 Jun 2017.