Cockatoo Coal Limited (Cockatoo) is a rapidly growing Australian metallurgical and thermal coal producer. Listed on the Australian Stock Exchange in 2005, they are developing projects across four regions on the east coast of Australia, and expanding production to service the ongoing growth in global demand for coal.

Cockatoo is expanding both in terms of developing their coal assets, taking them from exploration to operational, and as a company, employing more than 100 people across their sites.

The Galilee Basin is touted as one of the largest coal basins in the world. The basin, whilst poorly defined in some regards, stretches from Hughenden to Alpha, and has defined resources of over 30 billion tonnes of coal. The Galilee Basin contains many of the same extensive, thick and laterally continuous Permian coal measures of the Bowen Basin. The quality of the coal is expected to be of thermal export quality.

The South Pentland Project is located 54km south of Pentland in the north-eastern portion of the Galilee Basin, central Queensland. This is a promising Project with a 322 million tonne JORC Inferred Resource, aiming to produce 3.6 - 5.0 billion tonnes of thermal coal and is in close proximity to supporting export infrastructure.

The Project commenced exploration in June 2011, and has conducted studies to understand the geology to be used for mine planning. Cockatoo intends to use the Queensland Rail and Port of Townsville to transport product coal to export markets.

The Hughenden North Project lies approximately 65km north of the township of Hughenden, in the north-eastern portion of the Galilee Basin, central Queensland. There is a strong likelihood of the prospective Betts Creek and Aramac coal measures occurring within the project as they saddle the basin margin and the projected sub-crop of the Permian coal measures.

North Hughenden presents a second Galilee Basin opportunity for Cockatoo. The primary focus is upon South Pentland, which is closer in proximity to the railway system, as well as having better understood geology and less basalt cover.

Historically, Cockatoo owned and operated the Baralaba Central mine since 2008, with operations in the pit being finalised in October 2014. All equipment and personnel have been transitioned to Baralaba North, as ramp up to 1Mtpa of PCI (Pulverised Coal Injection) coal commences.

Baralaba North is located in the Bowen Basin, Central Queensland, approximately 150km west of Rockhampton and 210km west of Port of Gladstone. The Baralaba Coal Mine is located 3km north of the township of Baralaba.

The Baralaba Coal Mine is an open-cut, truck and shovel mining operation.

PCI coal and residual thermal coal are produced from multiple seams from the well-known Rangal Coal Measures. Product coal is currently transported via road trains to a rail load out facility east of Moura. All Baralaba coal is currently exported through the Port of Gladstone used for steel making and energy production.

Cockatoo Coal's Baralaba operations achieved a calendar year output of approximately 750,000 tonnes. This output has steadily been increasing as operations transition from the exhausted Baralaba Central pit, to the new Baralaba North pit. The production profile is expected to increase in coming quarters towards the 1 million tonne per annum production target.

Approximately 100 people attended the official opening, which included speeches from the Deputy Premier and Mr Lawson. The event also provided a social platform for the community to engage with Company representatives. Major shareholder of Cockatoo Coal, Noble Group, also simultaneously announced a $375,000 community fund for Baralaba, aimed at improving education, health and infrastructure resources within the town.

Cockatoo's main interests in the Bowen Basin extend from Dingo Project in the north to the Baralaba South Project in the south, across approximately 92 kilometres of strike length. The Bowen Basin is located approximately 180km west of Gladstone, in central Queensland. Permian age Rangal Coal Measures sub-crop throughout the project package, offering 550km2 of contiguous target areas.

The Baralaba South Project is approximately 6 km to the southeast of the Baralaba township and 45 km north of Moura in central Queensland. Feasibility studies are underway to assess the viability of a new open cut coal mine.

Cockatoo also possesses an extensive footprint of greenfield exploration tenure throughout the Bowen Basin, particularly around the South Rolleston area. 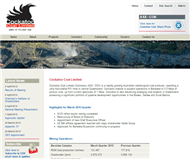 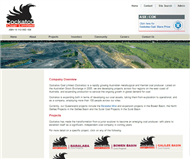 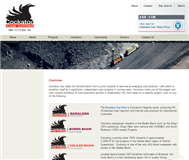 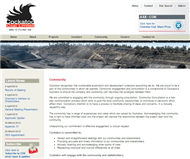